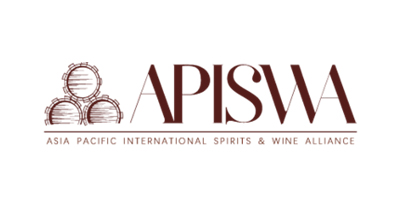 Bacardi was founded in 1862 by Don Facundo Bacardí Massó in Santiago de Cuba when he buys a small distillery and revolutionizes the rum-making process to create a smooth, light-bodied spirit – what the world now knows as BACARDÍ® rum.

Today Bacardi is much more than rum, they have a world-class portfolio of more than 200 brands and labels, including BACARDÍ® rum, GREY GOOSE® vodka, BOMBAY SAPPHIRE® gin, MARTINI® vermouths and sparkling wines, DEWAR’S® Scotch whisky, and PATRÓN® tequila.

Our spirits are exquisitely crafted with long tradition and great pride. And, as a 7th generation family company, our business has always been about more than liquids or bottles. 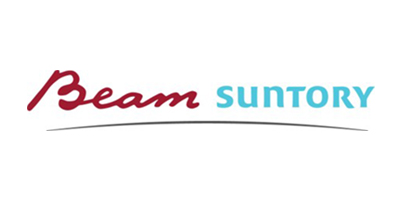 As a world leader in premium spirits, Beam Suntory is inspiring human connections. With a performance objective of being the world’s most admired and fastest growing premium spirits company, and a vision of Growing for Good, we’re driving growth through quality craftsmanship, consumer connections and entrepreneurial spirit.

We are Proud Custodians of Legacies Measured in Centuries

In 1795, a farmer and grain mill operator named Jacob Beam produced the first barrel of whiskey that would become Jim Beam®, the world’s #1 selling bourbon. Suntory was founded in 1899 by Shinjiro Torii, who created the first whisky to suit Japanese palates.

With a vision of Growing for Good, our mission is to inspire human connections. We are driven by the entrepreneurial spirit that built Beam for more than two centuries and guides Beam Suntory as a world leader in premium spirits today. Inspired by our parent company Suntory’s “Yatte Minahare!” spirit of dreaming big, our objective is to be the world’s most admired, fastest-growing premium spirits company.

Our Beam Suntory team is made up of 4,800 employees worldwide, with offices, distilleries and sales organizations around the world, selling our brands in more than 200 countries.

The Bureau National Interprofessionnel du Cognac (BNIC) is a coordination and decision-making body for the Cognac industry. Comprising an equal number of winegrowers and merchants, the BNIC’s primary mission is to safeguard the Cognac Geographical Indication, foster the economic development of the industry, and represent the general interest of 4,276 winegrowers, 117 professional distillers, and 283 merchants operating within the geographical indication. 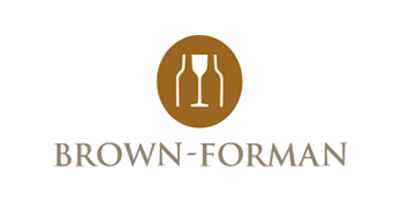 His original brand, Old Forester Kentucky Straight Bourbon Whisky, was America’s first bottled bourbon and remains one of Brown-Forman’s finest brands today. Geo. Garvin Brown IV, a descendant of the founder, is part of the 5th generation of Brown Family members engaged with Brown-Forman, a publicly traded, family-controlled company, and serves as the presiding Chairman of the Board.

Brown-Forman employs more than 4,600 people worldwide with about 1,300 located in Louisville. Brown-Forman, one of the largest American-owned spirits and wine companies and among the top 10 largest global spirits companies, sells its brands in countries around the world and has offices in cities across the globe. In all, Brown-Forman has more than 25 brands in its portfolio of wines and spirits.

Campari Group is a major player in the global spirits industry, with a portfolio of over 50 premium and super premium brands, spreading across Global, Regional and Local priorities. Global Priorities, the Group’s key focus, include Aperol, Campari, SKYY, Grand Marnier, Wild Turkey and Appleton Estate. The Group was founded in 1860 and today is the sixth-largest player worldwide in the premium spirits industry. It has a global distribution reach, trading in over 190 nations around the world with leading positions in Europe and the Americas. Campari Group’s growth strategy aims to combine organic growth through strong brand building and external growth via selective acquisitions of brands and businesses.

Headquartered in Milan, Italy, Campari Group owns 21 plants worldwide and has its own distribution network in 21 countries. Campari Group employs approximately 4,000 people. The shares of the parent company Davide Campari-Milano S.p.A. (Reuters CPRI.MI – Bloomberg CPR IM) have been listed on the Italian Stock Exchange since 2001. 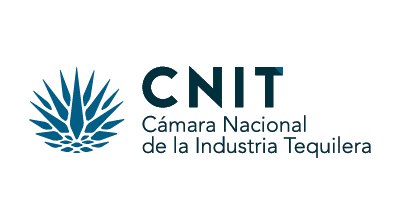 MEXICAN CHAMBER OF THE TEQUILA INDUSTRY

The main objectives of the CNIT focus on generating agreements and conditions that allow the competitiveness of the sector at the national and international levels. Efforts are focused on the protection and promotion of the Appellation of Origin Tequila, achieving the development and global positioning of the category and strengthening its prestige and image. 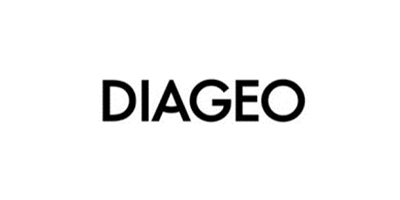 DIAGEO
We are a global leader in beverage alcohol with an outstanding collection of brands across spirits and beer. We produce an outstanding collection of over 200 brands – old and new, large and small, global and local – that are enjoyed in more than 180 countries around the world.
Diageo was created in 1997 but our business is built on the principles and foundations laid years before by giants of the industry – Arthur Guinness, John Walker, Elizabeth Cumming and many more. Today, we stand on the shoulders of these giants and, inspired by their ideas, philosophy and audacity, act with the same entrepreneurial spirit and determination. 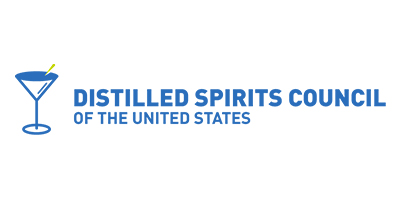 The Distilled Spirits Council of the United States (DISCUS) is the leading voice and advocate for the U.S. spirits industry. 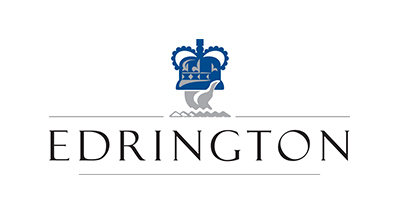 EDRINGTON
Edrington’s vision is to give more, by building the world’s leading portfolio of exceptional super premium spirits.
Our strategy is to intensify our focus on becoming the world’s leading super premium brand builder. The Macallan is our central focus supported by Highland Park and The Glenrothes in the fast-growing Single Malt category and Naked in the Blended Malt category.
We have strategic partnerships with Tequila Partida and Wyoming Whiskey in the dynamic Tequila and American Whiskey categories. Our portfolio is completed with The Famous Grouse Blended Scotch Whisky, Brugal premium rum in the Dominican Republic and Snow Leopard vodka.
Edrington is headquartered in Scotland and employs over 3,500 people in its wholly owned and joint venture companies, with 70% employed overseas. We own our route to market in 15 countries and distribute our brands to more than 100 countries around the world through joint ventures and third-party agreements.
Our principal shareholder is The Robertson Trust, which has donated over £263m to charitable causes in Scotland since 1961. Our business model is underpinned by the Edrington values of giving, integrity, excellence and respect.

THE FOREIGN SPIRITS PRODUCERS ASSOCIATION (FSPA)
The Foreign Spirits Producers Association (FSPA), a non-profit trade association, was established in Hong Kong in 1995 to represent all major Western spirits producers. With the permission of the Chinese government, the Beijing Representative Office of the FSPA was set up the following year. The principal mission of the association has been twofold: to assist its members to better understand and comply with the PRC’s regulations governing imported spirits, while at the same time creating a fuller understanding of Western spirits in China at all levels, from government regulators to consumers.

BRAZILIAN INSTITUTE OF CACHAÇA (IBRAC)
The Brazilian Institute of Cachaça is responsible for the promotion, protection, registration, and defense of the Geographical Indication ‘CACHAÇA’ both in Brazil and abroad and is committed to the consolidation and recognition process of Cachaça as a genuinely Brazilian spirit.
IBRAC is also committed in develop and promote in Brazil campaigns regarding the Responsible Drink and to discourage driving after drinking. 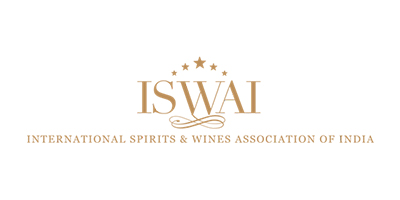 SWAI is the representative body of the national and international spirits & wine brands in India.

Together our members account for 80% of the revenue generated from wine and spirits beverages across the country. 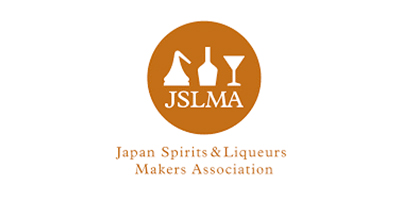 SAZERAC
In 1869, Thomas H. Handy purchased the Sazerac Coffeehouse and began to acquire and market brands of liquor. He bought out the rights to Peychaud’s Bitters in 1873. In the 1890s his company began to bottle and market the Sazerac cocktail, now made with rye whiskey instead of brandy. In addition, the company operated the Sazerac Bar on Royal Street. Later, Handy’s former secretary, C. J. O’Reilly, chartered the Sazerac Company. Ever since (except for a stint as a delicatessen and grocery vendor during Prohibition), the Sazerac Company has distilled an ever-increasing line of fine spirits.
Today, we are still an independent, American family owned company and proud owners of many of America’s most venerable distilling companies – Buffalo Trace Distillery, A. Smith Bowman, Glenmore Distillery, Barton, Fleischmann, Medley and Mr. Boston. 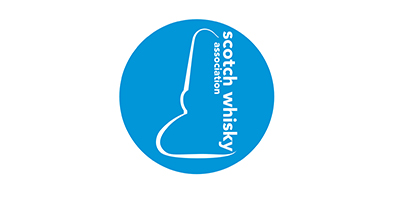 THE SCOTCH WHISKY ASSOCIATION
The Scotch Whisky Association (SWA) is a membership organisation that works to drive the best possible global business environment for Scotch Whisky.
The SWA works closely with member companies, with the UK and Scottish governments, governments all over the world, and other partners to shape favourable conditions for the success of Scotch Whisky around the world.
The Scotch Whisky Association works to achieve regulatory and tax environment which supports competitiveness, profitability and productivity;  establish rules and frameworks that allow Scotch Whisky to trade freely and compete equally around the world; generate frameworks and agreements that protect Scotch Whisky’s legal definition and heritage in all of its markets; and build constructive relationships with national governments and international institutions to promote responsible consumption of alcohol and actively participate in tackling its misuse. 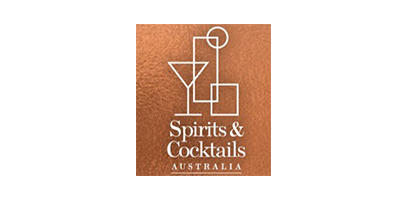 Spirits & Cocktails Australia is an incorporated association with a vision to promote and protect a spirits sector which improves Australia’s drinking culture to create social and economic opportunities for future generations.

We represent the interests of spirits drinkers and all involved in the production and supply of spirits in Australia. We are a leading proponent for the encouragement of moderate and responsible consumption of spirits and cocktails for those adults who choose to drink. 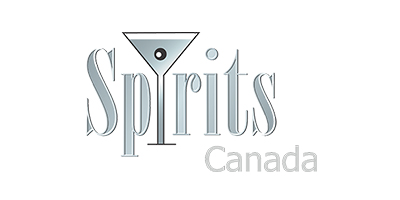 Spirits Canada is also a leading proponent for the encouragement of moderate and responsible consumption of beverage alcohol for those adults who choose to drink. 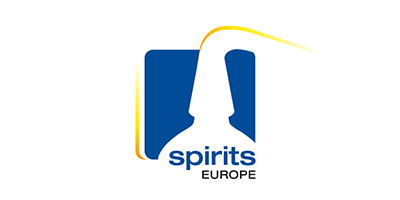 Centuries of skill, culture and tradition go into making the fine spirits our industry produces.

spiritsEUROPE proudly represents one of Europe’s most valuable agri-food export sectors and, with it, the interests of 31 associations of spirits producers as well as 9 leading multinational companies. Distilled spirits are as diverse as the EU itself, spanning 47 product categories and including a host of geographically-specific products that contribute to the culture of their regions (240 GIs). 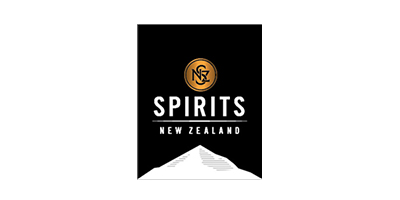 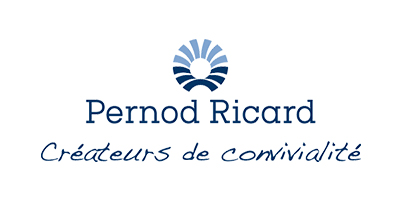 PERNOD RICARD
Pernod Ricard is the No.2 worldwide producer of wines and spirits with consolidated sales of €9,182 million in FY19.
Created in 1975 by the merger of Ricard and Pernod, the Group has developed through organic growth and acquisitions: Seagram (2001), Allied Domecq (2005) and Vin&Sprit (2008).
Pernod Ricard, which owns 16 of the Top 100 Spirits Brands, holds one of the most prestigious and comprehensive brand portfolios in the industry, including: Absolut Vodka, Ricard pastis, Ballantine’s, Chivas Regal, Royal Salute, and The Glenlivet Scotch whiskies, Jameson Irish whiskey, Martell cognac, Havana Club rum, Beefeater gin, Malibu liqueur, Mumm and Perrier-Jouët champagnes, as well Jacob’s Creek, Brancott Estate, Campo Viejo, and Kenwood wines. Pernod Ricard’s brands are distributed across 160+ markets and by its own salesforce in 73 markets.
The Group’s decentralised organisation empowers its 19,000 employees to be true on-the-ground ambassadors of its vision of “Créateurs de Convivialité.” As reaffirmed by the Group’s three-year strategic plan, “Transform and Accelerate,” deployed in 2018, Pernod Ricard’s strategy focuses on investing in long-term, profitable growth for all stakeholders. The Group remains true to its three founding values: entrepreneurial spirit, mutual trust, and a strong sense of ethics. As illustrated by the 2030 roadmap supporting the United Nations Sustainable Development Goals (SDGs), “We bring good times from a good place.” In recognition of Pernod Ricard’s strong commitment to sustainable development and responsible consumption, it has received a Gold rating from Ecovadis and is ranked No. 1 in the beverage sector in Vigeo Eiris.
Pernod Ricard is also a United Nation’s Global Compact LEAD company. 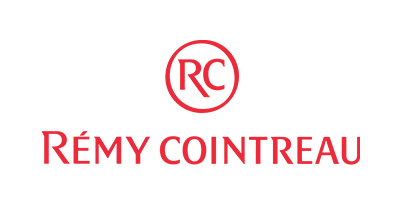 The Rémy Cointreau Group brings together a range of exceptional spirits that draw their strength from their authenticity and originality. Our companies have the good fortune to be heirs to these terroirs and this expertise that has been handed down from generation to generation. 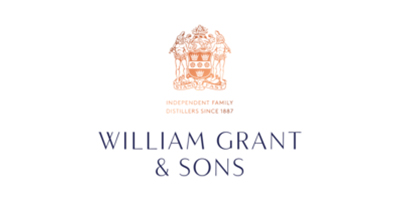 Today, the global premium spirits company is run by the fifth generation of his family and distils some of the world’s leading brands of Scotch whisky, including the world’s most awarded single malt Glenfiddich®, The Balvenie® range of handcrafted single malts and the world’s third largest blended Scotch, Grant’s®, as well as other iconic spirits brands such as Hendrick’s® Gin, Sailor Jerry®, Tullamore D.E.W.® Irish Whiskey and Drambuie®.’